Cora Siré lives in Montréal where she writes fiction, essays and poetry.

Her work has appeared in magazines such as the Literary Review of Canada, carte blanche, Arc Poetry, Geist, The Puritan, Montreal Serai and Maisonneuve as well as in numerous anthologies.

She has participated in literary events and readings in Montréal, Ottawa, Toronto, Banff and New Haven, Connecticut and in universities such as Concordia and the University of Ljubljana, Slovenia. In 2017, she appeared in Montreal’s Blue Metropolis literary festival and the Burlington Book Festival in Vermont.

Her work has been shortlisted for various literary prizes. Behold Things Beautiful was a 2017 finalist for the QWF’s Paragraphe Hugh MacLennan Prize for Fiction. The Other Oscar was shortlisted for Quattro Books’ Ken Klonsky Novella Contest in 2015. Her story, Don’t Tell Pablo, placed third in Grain magazine’s 2019 fiction contest.

She participated on the jury of the 2018 Guernica Editions Fiction Prize. She has delivered a workshop for the Quebec Writers’ Federation and offers one-on-one coaching sessions to writers of fiction or nonfiction.

Born in Canada, she often writes of elsewheres, drawing on her encounters in faraway places as well as her family’s history of displacement. 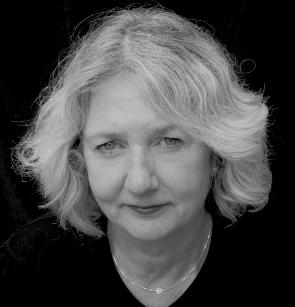